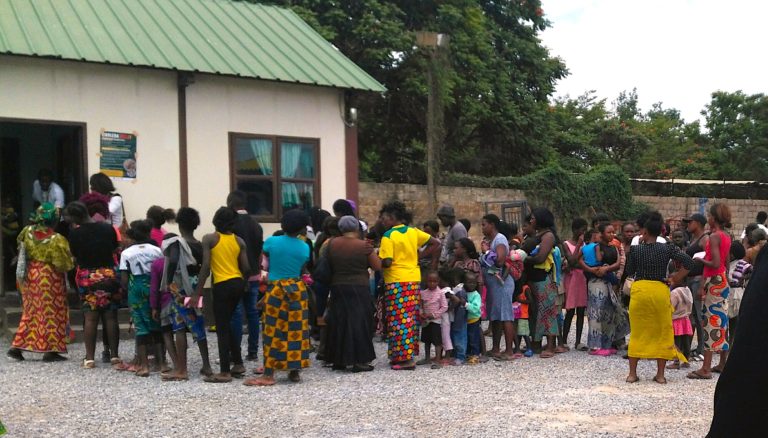 Photo: PATH/Mali Kambandu. Hundreds of people showed up every day to receive the cholera vaccination. Pictured above, people wait in Chipata compound, Lusaka.

In January, Zambia recorded over 2,300 cases of cholera nationwide, with the majority of cases reported in Lusaka. Cholera is a diahorreal disease that can cause death if not treated quickly; children are particularly vulnerable because the disease quickly strips the body of fluids, leaving the patient weak and dehydrated.

The Ministry of Health (MOH), and other ministries, moved quickly to react to the outbreak and ensure transmission was contained. One response to reduce the transmission is the Oral Cholera Vaccination (OCV) campaign that was launched on 10 January. Residents in the epicentres of the outbreak received the first of a two-dose vaccine. The MOH targeted 1,200,000 doses to be given in Lusaka.

The BID Initiative, in addition to other partners working with the MOH on child and maternal health, responded to the Ministry’s request for assistance with monitoring the vaccination process. BID helped ensure that workflows were maintained, doses were administered correctly, and recipients knew when to receive their second dose.

During the cholera outbreak, the BID Initiative observed how the Zambia Electronic Immunisation Registry (ZEIR), currently in use in Southern Province, could be applied for use with vaccines outside the typical vaccination schedule. During the vaccination campaign in Lusaka, where BID has not yet rolled out, data was collected manually on tally sheets. These sheets recorded the number of people receiving the dose. A digital system, such as ZEIR, could have helped collect additional information, such as whether the patient had received a previous dose of OCV, and if that person resided in the outbreak epicentre, or was from a neighbouring area. 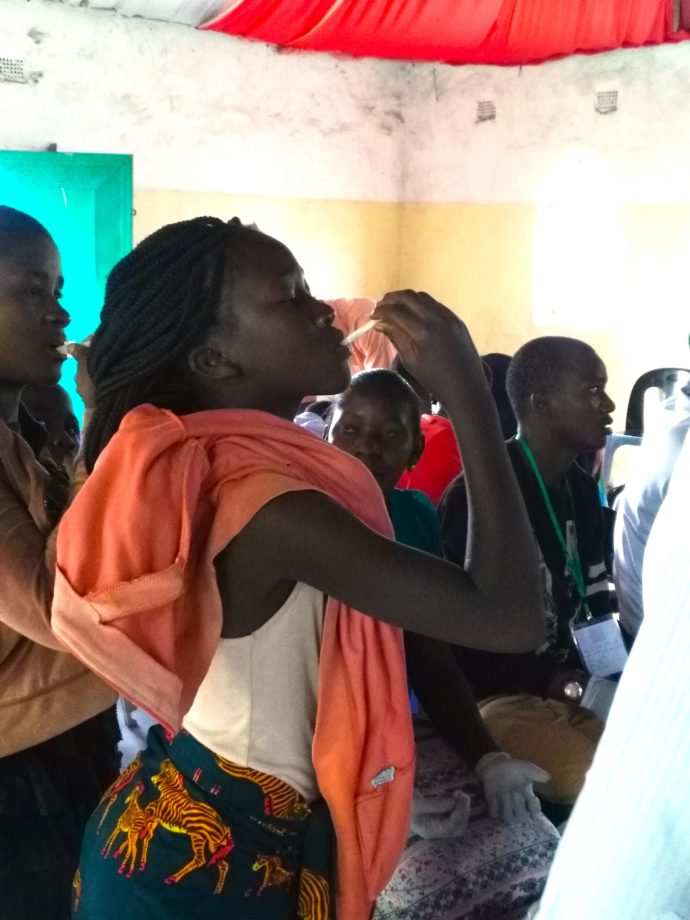 Photo: PATH/Mali Kambandu. A teenage girl takes her oral cholera vaccine. She was accompanied by her mother and aunt.

A system like ZEIR would also be able to help track the number of available and dispensed vaccines. Under the current paper-based system, vaccination stations received their doses in tranches, so it was challenging to monitor how much was received each day. In addition, matching the number of doses given to vaccine stock levels, presented some inconsistencies, resulting from human error or other factors. ZEIR has the potential to send reminders for follow-up vaccinations, which is required for the two-dose OCV campaign.

“They told me to come back on the 24th [of January], which is fourteen days from [today]. I’ll remember to come back,” said one recipient of the OCV.

As the BID Initiative and the MOH work together to source funding for scaling ZEIR beyond Southern Province, it’s clear that the system has been designed to respond to the health service’s emerging needs. We are also developing several additional functionalities for the OpenSRP platform, which could allow some functions to be configured by users, and will further enhance its capabilities.

However, using a system like ZEIR to respond to emergency situations is not without its challenges. The MOH planned to administer OCV at 300 vaccination sites, each with at least two data collection points and mobile vaccinators. If each data collection point had to have a tablet, that would require a minimum of 600 devices and equally as many people to be trained within a limited period of time. Given the cost implications of this, it’s important to consider how technologies can be adapted for low-cost hardware to make it easier and cheaper to respond to emergency situations. 24/01/2018 “It Doesn’t Have to be Like Ripping Off a Band-Aid”: Transitioning from Paper to Digital Records Read More